In this ever-changing digital environment, it’s no secret that a creative revolution is near. With major technological advances, many marketers are noticing untapped areas of growth and optimizations.

Join us on March 17 with Ben Trenda, CRO at Spaceback, the creative tech company that invented social display, to learn about the programmatic ecosystem and leveraging new tools on the horizon.

We will send everyone who registers a Grubhub gift card for you to order lunch in advance of the Zoom event.

Ben is a serial entrepreneur who has spent his career on the cutting edge of innovation in media and technology. Early in his career he worked on the team at Overture that invented Google’s business model, sponsored search. Later he helped build the largest ad network at Advertising.com and then went on to run global partnerships at AOL Time Warner before building the programmatic business at Magnite. Ben went on to launch the industry’s first private exchanges and programmatic guaranteed marketplaces at Isocket, which was acquired by Rubicon Project. Later, Ben founded Goodtalk, an SMS-based consumer media platform reaching 20M users.

Today, Ben works at Spaceback, a creative tech company that invented social display.  Spaceback allows brands to convert their paid and organic social content into ad creatives that can be run across the open web using their existing programmatic buying tools. The social display creatives tend to perform 200-300% better than standard display ads, because they are much more engaging to consumers who are bombarded with more than 1,000 ads per day on average. 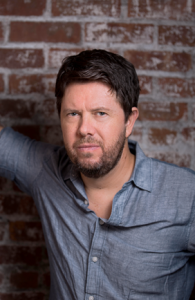