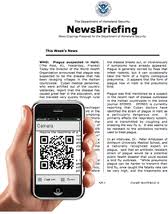 Back in the early 90’s newspapers dominated the coveted field of advertising,displaying visual print ads at a fraction of the cost of television.

In the two decades that have followed many major cities have seen the demise of the dailies replaced by interactive social media and the rise of  mobile apps for Smartphones.

According to Emarketer’s, Noah Elkin ,mobile advertising is on track  to lead the once crowded field of traditional media radio, TV, newspapers, magazines.

Will newspaper ads go into the media vault of yesteryear(think BetaMax tapes, VHS,tapes in general)?

Not at the moment as products and services will continue to appear in Sunday newspapers and  supplements, however as the Nielsen Company observes

“ Nearly all adults in the U.S. now have cellphones, with one in four having smartphones, pocket-sized

devices more powerful than the computers initially used to send men to the moon.”

“The State of Mobile Apps.”

But just as the past is a memory, the future of social and mobile media is now and surviving newspapers must make the switch to digital or face being placed on the endangered species list.